Register as a player

Donate to the California Condors

The Rest of The Village

What are the Condors up to? (all)

July 16, 2021 On behalf of the Board of Directors of H.E.L.P./California Condors, and as the founder and former "mother Hen/manager" of the California Condors, I want to extend a very heartfelt welcome and congratulations to Peter and Dana Janis on their confirmation as the new managers of the California Condors. Their new role was unanimously and enthusiastically endorsed by the Board of Directors last night. The Condors families and staff have been in shock and deeply saddened by the sudden and untimely loss of Christine Fleeger. She was a remarkable woman and an outstanding manager of the team for nearly four years. It is truly heartbreaking to think of such a great loss to her family and to all of us at the California Condors. This being said, the Condors are truly blessed that Peter and Dana have volunteered to continue her work. They have been with the Condors for seven years, and have been involved in all aspects of its operation: Peter as a coach, as team photographer, as master of the website, online registration, and Facebook, as well as always an eloquent spokesperson, on behalf of the Condors; Dana as the parent representative reporting to the Board, always working side by side with and for Christine, always actively involved in fundraising, and standing in for Christine when she could not be present at practices. She is close to the parents and earned their trust as well as that of Steve Fleeger, Christine' husband. Janis' son Alexander has played with the Condors for seven years. His brother Zachary has been and now returns as one of our Kid Helpers. Mostly, though, Dana and Peter bring their incredible love for and dedication to the Condors, and their tremendous respect for Christine and what she has accomplished. They are eager to make sure that the Condors program will continue to thrive and grow .

We are incredibly fortunate that the Janis’ are volunteering their time, energy, knowledge and love of hockey, and commitment to special needs hockey. They will be ably assisted by their son Zachary, recently graduated from the University of Utah with a Bachelor's degree in Journalism and Mass Communications – who is trying to get into Sports Management; and by Gerianne Hithe who has been generously volunteering her expertise as an accountant, taking care of all the bookkeeping and financial transactions during Christine's time as manager.  Special Thanks also to Jen O'Brien, Executive Director of ASHA who has enthusiastically offered her support. Please join me in supporting and in congratulating our new management team.

The California Condors lost a driving force on Sunday. Team Manager Christine Fleeger was taken from us - it was sudden, and unexpected. The loss of Christine to the Condors is a tremendous blow - but the loss to her family, Husband Steve and son Mark is obviously a lot tougher. To that end, we are trying to raise some money to help Steve with the expenses related to Christine's passing. The Condor Nation has rallied and is supporting Steve and Mark with love and some meals - but they need much more of our help. Please consider donating so that we can try and help lift some of this burden. Christine will be missed greatly - and hopefully, if we all pull together - we can help Mark and Steve. 100% of the proceeds (donations - any GoFundMe charges) will be given directly to Steve Fleeger.  Click on image below to go to the GoFundMe page.    Or Click https://gofund.me/426c8cba 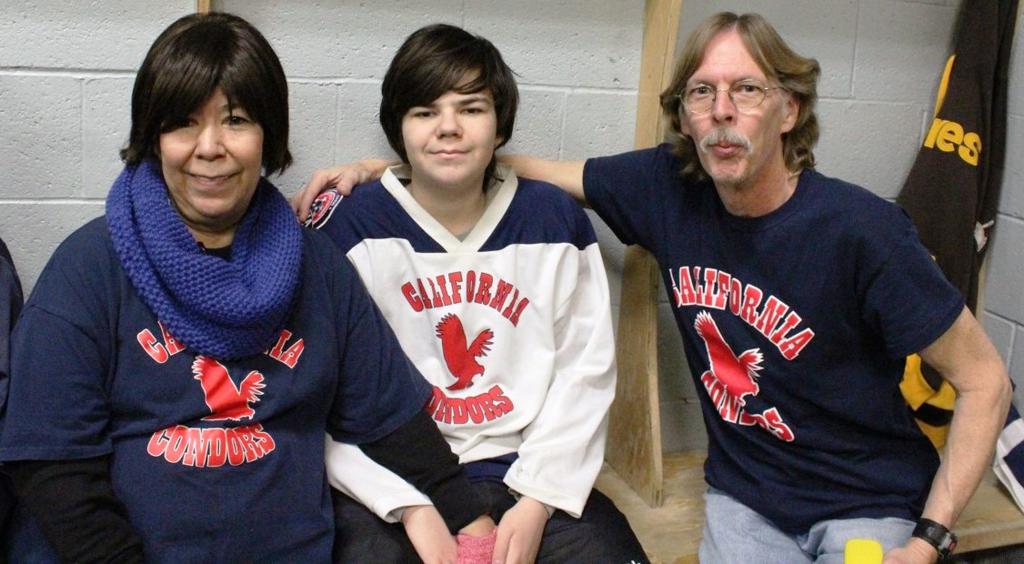 Condor Nation is very thankful to Brady Green who saw a need with the Condors and then went out and raised $1000 for the Condors.  Thank You very much Brady for helping the Condors SOAR!!!  Please click on the link below to visit a website that chronicle's Brady's project.   Brady is the brother of a former Condor on-ice helper!! 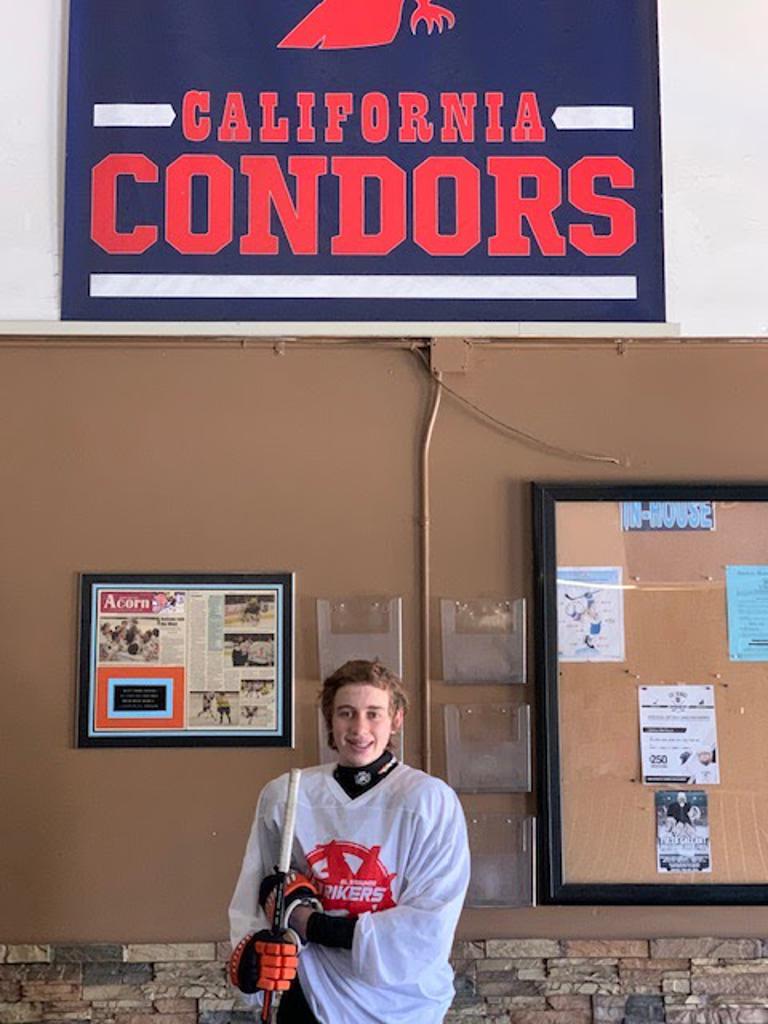 Benjamin Hooking the Hearts of our brave FireFighters!!

Remember during the Pandemic/Shutdown when Condor player Benjamin was hooking up his beautiful portrait of a firefighter and his dog to give to the Ventura County Firefighters.... Well here it is. Benjamin also gave a speech at the presentation. His artwork will hang with CONDOR pride at the Union Hall, at a Fire Station in Ventura County and will be featured as part of a traveling exhibit making its way to St. Paul Minnesota.... We are fairly certain that Minnesota knows how important firefighters are and they definitely know how important Hockey is. Way to go Benjamin!! You have made the Condor Nation very proud!!!! 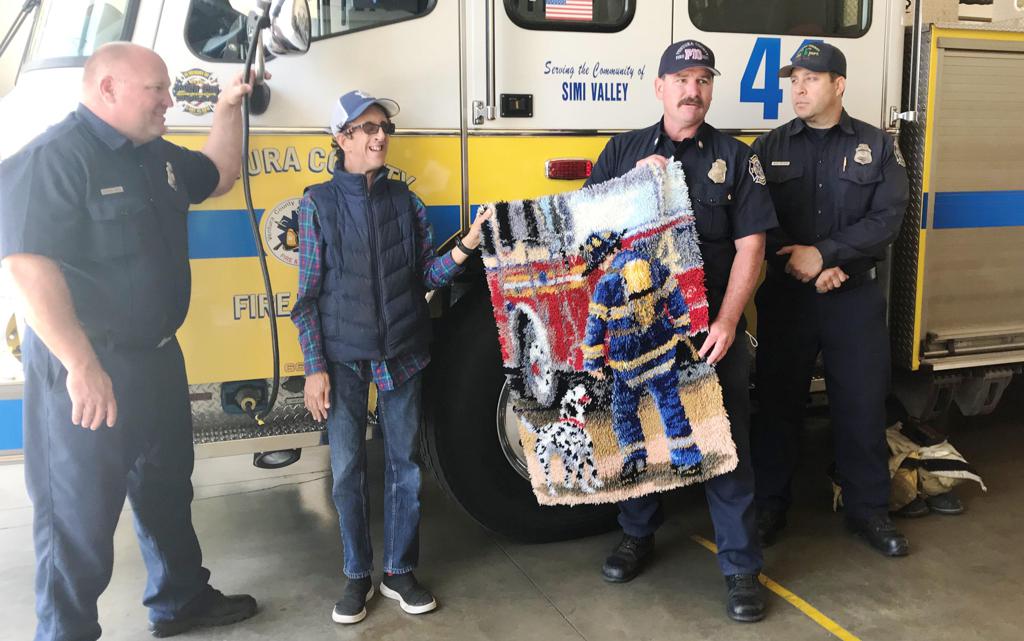 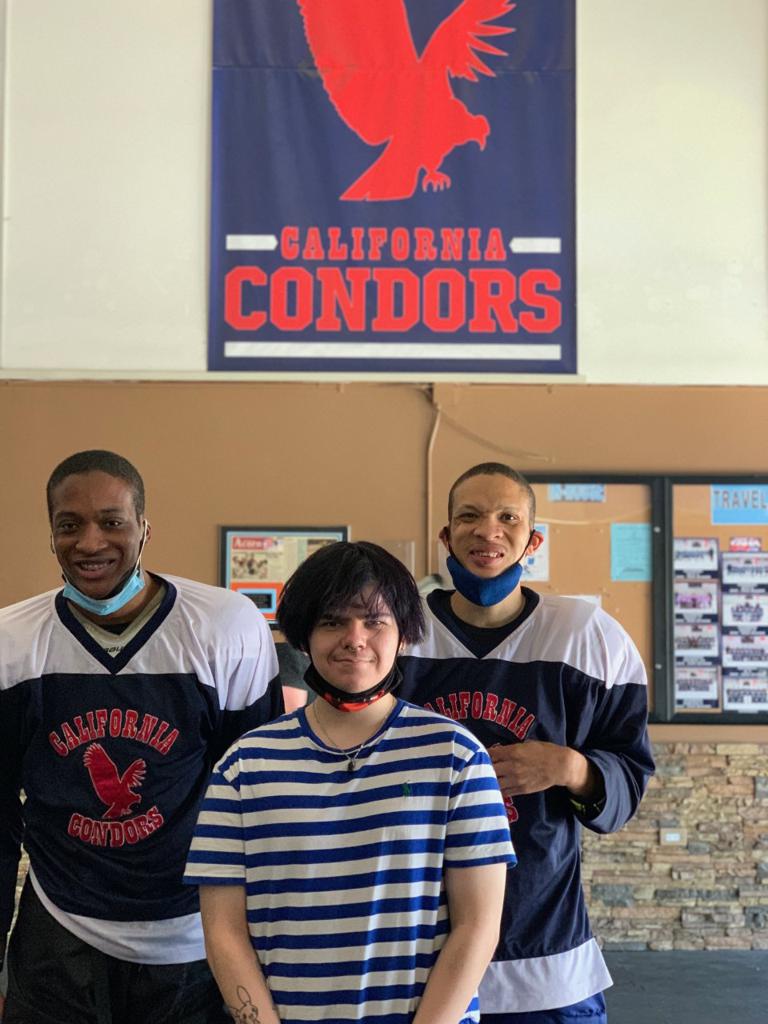 Mark Fleeger, Brandon and Dillon Hillman are representing the Condors in the eSports Challenge.  These representatives are playing in the virtual NHL Hockey tournament taking place across the United States in June.  These kids have been getting up early every Saturday for the past few weeks, practicing and working with virtual online coaches and will have the opportunity of working with Celebrity Coaches in the tournament finals.  Additionally, these celebrity coaches will be raising money to help support the teams.  Money pledged to our team goes to support ASHA and the California Condors.  Please use the link below to donate and support our players! 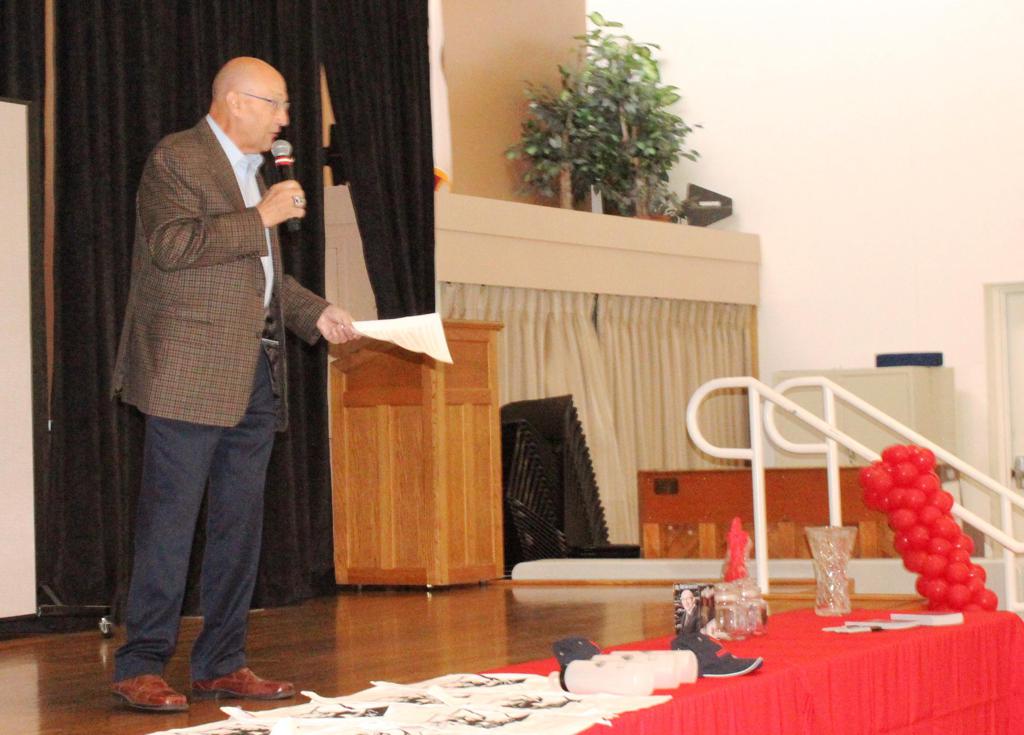 Thank You Bob Miller for entertaining and educating us all - you are a legend!!